The second installment in KWOA’s new In Their Own Woods series presents a sketch of Henry Duncan’s family forest in Logan County, Kentucky. Henry is a retired UK extension agent and a past KWOA president. We would like to hear about your experience as a woodland owner. Contact us at info@kwoa.net and you could be the subject of the next sketch in the series.
​
Nancy and Henry Duncan own and manage a 450 acre diversified timber, grain crop and livestock farm in Logan County, South Central Kentucky. These 450 acres were acquired in four separate farm tracts over several years. The farm is a part of farm acreage initially owned by Duncan’s great, great grandfather, William T. Duncan, who accumulated several thousand acres of predominately hardwood timberland to support his pre-civil war leather tanning operation.The state highway 79 hill adjacent to the farm is named Duncan’s Hill. 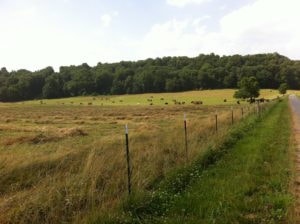 ​In earlier years, a farm neighbor, Mr. Williams, became young Duncan’s mentor concerning forestry and conservation interests. Williams was dedicated to the value of timber and conservation practices. Duncan was given free access to walk and hunt with Mr. Williams on the farm where he would discuss timber and his plans to plant pine trees along eroded areas.  Several years later, Mr. Williams and his wife proposed to sell that 204 acre farm to the Duncans stating it was their desire for them to own it. They even suggested financial arrangements to accommodate Duncan’s limited resources.

A second farm tract was purchased at public auction; then a third track was purchased by private treaty sale and finally, Duncan inherited part of the home farm and purchased the remainder from family members.

Today the farm consists of 200 acres of hardwood timber, 100 acres of rotated corn, soybean, wheat and 150 acres of pastureland with beef cattle. The long-range plan is to install best management practices as needed throughout the farm to prevent soil erosion and maintain clean water in adjacent streams. A profitable farming operation is sought to help encourage and maintain dependable farm operators. 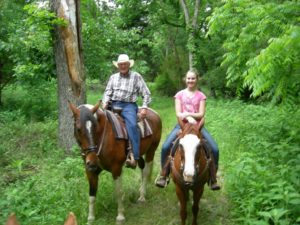 Henry assesses what he calls a “tale of two timber harvests” on his property – one before membership in KWOA and the other after becoming a member.

The first harvest was conducted in 1982 on the first track the Duncan’s had purchases two years earlier. Henry bought the bill of goods proposed by a logger to do all the work, cut everything that was marketable and split the proceeds from the timber sale. Sixty five acres were cut (“trashed” according to Henry) before the logger filed for bankruptcy. Getting any payment at all required the services of an attorney.

Henry then took advantage of membership in KWOA to learn and appreciate timber and to meet many outstanding contacts. Several state agencies provided information and assistance in the Duncan’s stewardship of their woodlands. In land management planning and practices, support from the Ky Division of Forestry service foresters in developing and updating five-year sustainable forestry plans has been invaluable. The University of Kentucky Forestry Department provides needed research and educational information. NRCS Soil Conservationists, Ky Division of Conservation and USDA Farm Service Agency have provided technical assistance and financial cost share support in establishing best management practices. Establishing BMPs throughout the farm has resulted in much needed soil erosion control and clean waters.

A service forester assisted in the preparation of a five-year stewardship plan. In 2005 the Duncan’s service forester suggested conducting a sustainable harvest on their second 35 acre track. UK forestry staff put Henry in contact with consulting forester Kraig Moore, Bowling Green, to manage the timber sale.

The timber was marked according to Henry’s desire to leave younger growth timber that could be harvested in another fifteen years or so. Logger bids were received, a contract was signed and payment was made up front. To Henry’s surprise, during the harvest several veneer grade white oak and walnut trees were discovered that fell outside the original contract. Representatives from Louisville paid high dollar for that timber. During the harvest a state service forester came by unannounced for spot checks to ensure best management practices were followed. Following the harvest, a tenant family supplied their firewood sale business with residue from the timber harvest. 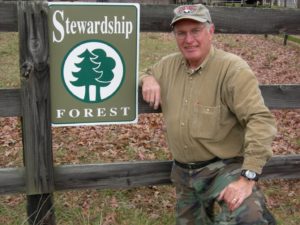 ​This diversified farming operation is challenged to show a continuing net profit. But the combination of adjoining woodlands with grain crops and pasture grassland provide good wildlife habitat where trophy deer, ample turkey and small game are harvested. The grain crop enterprise requires less labor and more expensive equipment, but proves to be the most profitable enterprise. The cattle operation requires more labor and capital outlay and is less profitable. But it does provide the opportunity for maintaining a more attractive farmstead. The timber enterprise is less labor intensive but does requires some specialized management. Timber income is realized over a much more extended time.

As Henry pauses to reflect on their farming operation, he realizes they have a lot to be thankful for. “Some of the things I am most thankful for are my faith, family, freedom and the opportunity to be a woodland farmer. These are the things we often take for granted and don’t always acknowledge the impacts that they make on our lives. As we thrive in our pursuits, may we pause to count the blessings in our lives and reflect on the best things this life offers us.”
Support Us